Destiny 2 is one the most popular games, with a huge player base. The developers of this MMO, Bungie, are giving constant updates to the game and do their best to keep Destiny 2 fresh, competitive, and most importantly full for new and old players. With that being said, let's talk about the new season and all of the changes coming with it.

So first-up Trials of Osiris is getting a complete rework. We will get trial ranks, and also there is going to be a change to trials matchmaking and a potential solo playlist within trials. The changes that are coming to trials, this season are going to incentivize a lot of players especially the PvE player base to give it a go.

Check out our Season of the Lost Services

The next big change is the separation of melee in uncharged melee attacks. This may be a small thing to you but for players who have struggled with not being able to throw a knife at point-blank range this separation of inputs is a huge difference. This will allow them to utilize their charge melee attacks when they want to. And this is something that everyone's going to benefit from, regardless of whatever class you play or whatever input you use. More options in your inputs will allow more builds. This is especially true for melee-based builds because they will be more easily utilized. 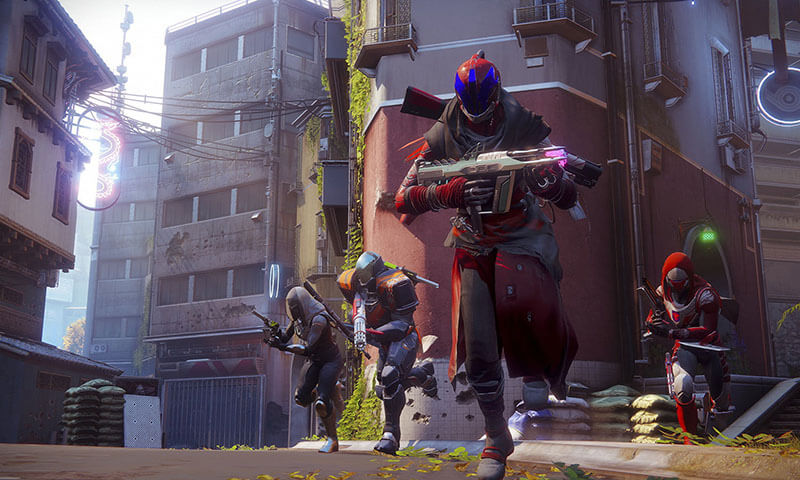 Next up we have finally the removal of the traction mod and additional controller sensitivity options. This is something that a lot of controller players have been asking for a very long time. And you see that's been the advantage to PC players. They don't need traction and don't need that increase in turn radius but the control players do. And now that it's about to be baked in for all controller players without having to require a mod this opens up your mod slots for other things. Also, the controller sensitivity options now allow you to go beyond 10 up to 20. Not only that but you can change your sensitivity modifier so that it slows up when you aim down sights. This is the kind of customization that controller players needed to have a more level playing field with PC players.

The next big change is that scavenger mods will no longer stack. The developers have finally come after special ammo. Now it's not the end of the world because they're going to be giving us a new mod called Holster. This will allow our weapons to auto-reload overtime for our stowed weapons. Like a slow-moving autoloading Holster. Depending on how good this mod is, it may be a mod you never take off next season.

A lot of the reason why controller players state they didn't want to play cross-play is because of cheaters. The developers have just come out recently and stated that Battle Eye is now going to be available and at work in Destiny 2 starting next season. Now Battle Eye won't be perfect at first and it probably won't be perfect ever, but it is better than nothing. Eventually, after a few weeks of doing the manual band process when the developers are comfortable with Battle Eye, they are going to finally start letting this anti-cheat system ban people automatically. This is incredible because currently right now they manually check every single report. This is going to be the first time that the anti-cheat is going to be able to run and ban as many people as it comes across. And considering the cheats, we've seen inside of Destiny 2, this might be a lot of people.

The next big change on the list is something the PvE players will weep over. Warmind Cells are getting a significant nerf. It's a sad day to see these mini-nukes finally be dealt with. We all knew it was coming. We knew how powerful Warmind Cells are in so many builds we've played with. But the developers felt that they were too powerful. Hence the nerfs that you see right there in front of you which are pretty major. We don't know if Warmind Cells will be utilized next season, but there is still some potential. However, if they do, we're going to need to change our playstyle with them. It won't be the explosive clear the room out solar splash combos that we've grown used to.

The next huge thing is that light subclass changes are coming. Now, this is not the overhaul that some players wanted. Because some players just wanted to completely abandon the Live Based system. Convert everything in our Light subclasses to Darkness-based subclasses. This is something right under that. The changes that are coming to Titans, Hunters, and Warlocks are going to change the meta completely. More than any weapon or armor buff that you have seen in any of the other two ops. These are changes to the subclasses themselves. You're going to see people rocking Arcstrider and Rally barricades. The bottom tree is that Dawn blade is about to be meta. So just know these light subclasses are all going to be receiving some change starting in the new season. 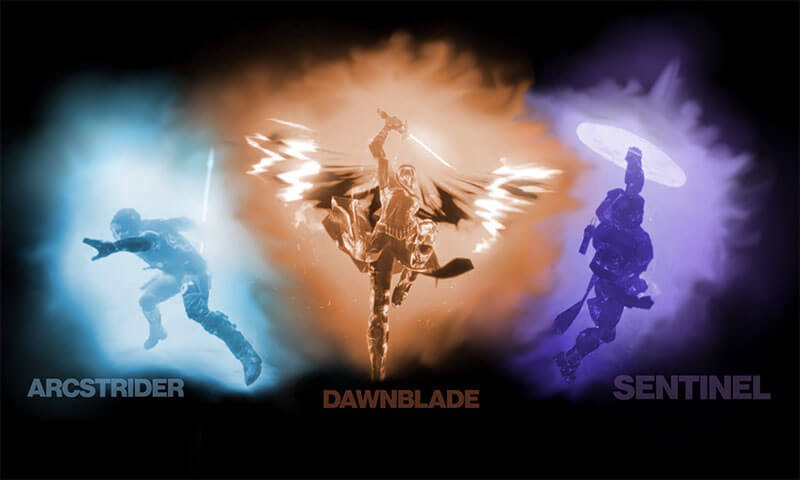 We're getting a complete fusion rifle rework. You've got entire Archetypes completely changing and some other confirmed changes. Things like high-impact fusion rifles. Even though they are getting a nerf on paper, they're simultaneously getting a buff, because they're now going to be able to get a kill within three bolts. Precisions like Plug One are also looking good and overall Fusion Rifles are going to be much more present starting next season inside of Crucible and elsewhere.

Our next big change is that Vex Mythoclast is looking to be one of the most meta weapons next season. Now we assumed that Vex Mythoclast was going to get a buff by giving it a 40% increase in PvE damage. On top of that, the rate of fire has been increased. It's leaning your fusion rifle mode charge rate has also been decreased, allowing it for quick charges and you no longer lose overcharged stacks when you use Vex Mythoclast. Overall considering the artifact mods we're getting the next season which is coming to fusion rifles and linear infusion rifles, Vex Mythoclast is about to become a meta option for both PvE and PvP. 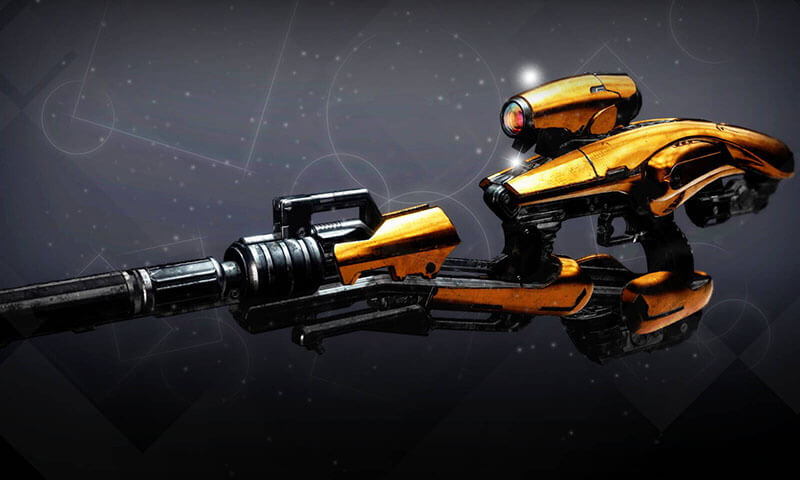 Speaking of ritual stuff let's talk about Ritual Reputation Systems or core playlists. This is another big change coming to Lord Shaxx the Drifter and Zavala. Now it'll be known only as of the Crucible Gambit and Vanguard Ranks. The names infamy and valor will now be retired on top of that the ranking systems will now all have similar progression times. So for players complaining about gambit taking way too long, which it does, now things are going to be on a more level playing field. Progression times should be just slightly faster than what we've witnessed from Valor. Now for all PvE players, there is a big change coming next season. This is going to be hitting the grandmaster Nightfalls. Five to six weeks within the season grandmaster nightfalls become available. Originally the developers would just release one of those at a time. However, now on day one, they are going to release all grandmasters at the same time. This means you can get Conquer, or Guilted Conquer on day one. However each grandmaster you complete on that node becomes locked out and eventually, the only Nightfalls available are the ones you haven't completed yet or the one that's in the rotation that week. They did this purposely to keep players from farming just one specific nightfall at the end of the season when they would normally give us the drop-down note for all grandmaster Nightfalls. So as a double-edged sword you won't be able to optimize the way you want at the end of the season as we do now. But at the same time, you'll be able to do all Grandmasters on day one as soon as they're available.

Check out our Destiny 2 Guides

Now speaking of Nightfalls, this takes us to the next big change. Nightfall loot rotation is also getting a rework. Originally or at least this past season we had a one, one, one three split. However, we've been acquiring more and more loot for Nightfalls. We're getting two new weapons this coming up season. The Comedian Shotgun and the Hothead Rocket Launcher. With that being said the developers are going to be moving the Nightfall loot rotation to a two, two, two, two split. What this means is that every week there will be two weapons in a rotation that are available to obtain. And it'll be one old weapon with one newer weapon. So for example, the Comedian and Shadow Price or the Hothead and Hung Jury. On some levels, this extends the grind for most players as there are more items in a rotation. Hopefully, the developers will give us more double loot weeks. As we'll no longer have the option to choose a specific Nightfall at the end of the season to target grind. And now that we have more loot in rotation. But if we even get double loot on top of that, it will be even better. 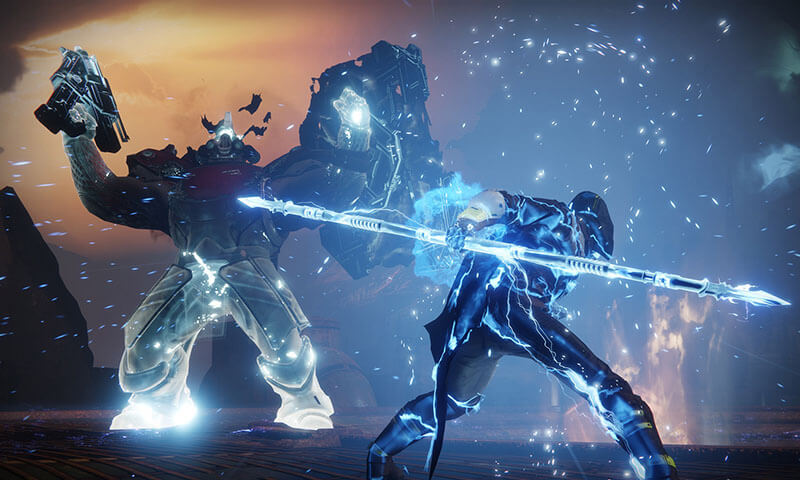 This takes us to our next big change which is more focused on the players that are just now picking up Beyond Light, or just now starting to dabble in the Darkness. In season 15 the Exo Stranger will now begin to offer an easier path for unlocking aspects and fragments. This means that the pre-requirements for completing the born and darkness quest chain are being reduced or just outright removed. Now, most of the players that have been playing this game day in and day out, that have bought all the expansions have already gone through this. So this doesn't affect them. This is more for the New Light players, that are looking to get into some stasis this should be a little more streamlined for you which should allow you to get the darkness even quicker.

The final change is a short one, but it is very satisfying and impactful. We a getting infinite primary ammo. That's right, you could shoot your Ace of Spades or your Sweet Business forever, without ever having to worry about ammo.

Those are the big changes coming in season 15 of Destiny 2. If you are a new player who is just starting because you are intrigued by these new changes, or if you are a veteran, returning to give the game a shot in season 15 we can help you with all of your struggles. Here at Boosting Bound, we offer a variety of services that you can find useful. We have a team of professional boosters that have incredible knowledge bout the game, and they will complete any task you give in no time with 100% guaranteed success. Don't waste any time, check our Destiny 2 boosting page now!