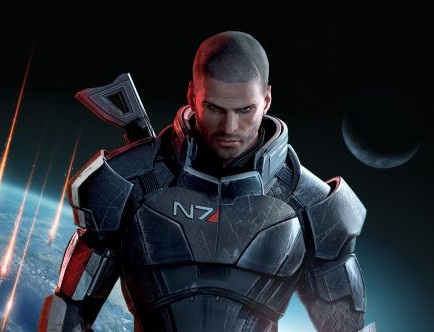 Now that we’ve seen all the cards from the upcoming Hearthstone Expansion, we’re going to look at the overall power level of the additions each class got, and rate them as to what we think their tier will be in the new meta.

Starting off with probably the best class prior to the expansion and the one that we believe will continue to dominate the meta - Druid. As you know, Druid is already Tier 1, with its various heavy and combo decks like The Hedronox and Malygos decks.

Pretty much ever since Ultimate Infestation became a part of the game, Druid has been a class dictating the meta. If you thought that things will get harder for Druid with the Boomsday Project, you were wrong. This class got, if no the best, then one of the best sets of new cards that will only ensure Druid’s place as one of the top Classes in the game. It got some pretty insane cards like Floop’s Glorious Gloop, Biology Project, and Flobbidionous Floop.

Shudderwock Shaman is already among the best decks in the game, a deck that annoys everyone or ladder, or ok, at least it annoys us. And by the looks of it, the Shudderwock Shaman deck archetype won’t be going away anytime soon. One of the new additions we’re getting with the Boomsday Project is the Shaman epic Thunderhead which opens the doors for a Tempo Shaman archetype, and we’re actually quite excited about that one.

The card is also a nice fit for Elemental Shaman, which is still a thing i the meta, along with more new elementals from the expansion that will most likely find place in more than 1 list of decks. There are more than a few new Shaman cards with battlecries, but we don’t see them fitting the Shudderwock Shaman. At the moment Shaman is in a strong position and we don’t see that changing much so we have to rate it somewhere between tier 1 and tier 2, but let’s go for tier 1.

As much as we wanted Control Paladin to make a comeback with the Boomsday Project, we don’t think that’s likely to happen. However, we see a lot of potential in Paladin to go for a more mid-tempo Mech deck archetype. Paladin’s Glow-Tron is by far one of the best Mechs from the Boomsday Project expansion and can really help make Mech Paladin a thing.

Also, we see a lot of potential in Paladin’s legendary spell Kingor’s Endless Army, which can be insanely powerful if you manage to summon the right minions. Mechano-Egg is another card that should not be underestimated, so we actually see Paladin doing kind of good in this upcoming meta, it gets Tier 2 in our Boomsday Project ties list predictions.

Rogue is a class that is always full of surprises. Remember Quest Rogue’s dominance against literally every other control deck in the game? Yeah, we didn’t see that coming either. This time around, Rogue got some really crazy cards like the new legendary spell Myra’s Unstable Element, making it a really exciting class for the new meta.

With Rogue, we think it’s usually a hit or miss situation. It is either going to be very strong or very weak. With the new card we see a lot of potential for a Card Draw Rogue, the Odd Rogue that’s already in the meta, different Combo and Miracle Rogue decks, so we’re gonna go with it being a hit. Not sure whether we should put it in tier one or tier two, but since we don’t think it is going to be on the same power level as Druid, so in this Boomsday Project tier list, we’re going to rate Rogue as Tier 2 class.

If you’re fed up with the Cube and Even Control Warlock tier decks archetypes, the new cards from this upcoming Hearthstone expansion might be exactly what you need. With these new cards, it seems like Blizzard is pushing towards more-zoo type Warlock decks.

We think that Doubling Imp, Nethersoul Buster, and Void Analyst are all cards with good potential. And then you have Warlock's new legendary spell the Soularium, which is probably one of the craziest cards from the whole Boomsday Project set. Zoo Warlock already has a place in the meta and with these new additions, we believe it's going to be even stronger.

Not really sure whether it's going to be a Demon Zoo, Mech Zoo, Heal Zoo or another archetype, but Zoo is going to be a thing in the new meta, no doubt about it. Again as with some other classes, we're not sure whether Warlock rate warlock in this Boomsday Project tier list as a tier 1 or tier 2 class.

As we've mentioned in our Boomsday Card Reveal article, if there's a class that can make a Mech Deck archetype work, it has to be Warrior. Warrior got the new Dr. Doom, as well as some other really strong Mechs, however, we're still unsure as to how good a Control-Midrange Warrior deck can actually be.

Maybe Warrior's power level is too dependent on the state of the meta, rather than it being the factor that drives the meta. In a more aggro-oriented meta, a Control Mech Warrior would probably get you to legend quite fast. Against some heavy control Druid and Shaman decks, we're not sure if the new Doctor 7 is going to be enough to outvalue your opponent, so we have to rate Warrior as a Tier 2 class.

Lately, we’ve seen a lot of potential from the Deathrattle Hunter, taking the meta by storm in the last few weeks. It is interesting how such a strong deck came out just at the end of the last expansion’s cycle. The Spell Hunter archetype was a thing for a long time but never really got to the top.

With Boomsday Project, Hunter is getting some good cards like the new legendary Boommaster Flark, Venomizer (which is a nice Mech card) and Goblin Prank (this one can be a nice addition to the Deathrattle Hunter archetype). With that being said, we don’t think Hunter is getting enough to push for the top positions, so tier 3 probably suits it the most.

Mage is always a class that’s hard to predict in our tier lists, and with Boomsday Project Tier List things aren't much different.  Sometimes it looks like it’s going to struggle and smashes the meta, other times it looks to be really strong and fails miserably.

We think that with the Boomsday Project expansion, Mage is going to be in a strange spot, as a lot of the new Mage cards are pushing towards more of a Spell Mage deck archetype and we’ve seen in the past that such decks don’t normally have enough consistency. The Tempo Mage archetype definitely gained some good additions with Unexpected Results, Shooting Star. The two legendary ‘Luna’ cards might turn out better than expected, but as of now, we don’t think they’d be good enough to cut it. We believe that Mage will join Hunter in tier 3.

Topsy Turvy is a good fit for the Combo Priest archetypes, and while the new legendary Priest cards seem potentially strong, we’re not so sure of that at the moment so as of now, we think Priest will be a Tier 3 Class.

We hope you've enjoyed our Boomsday Project Tier list predictions, and we also hope that at least a few will turn out to be correct. We've been right before, ok? Just a few times.