Lost Ark is a South Korean MMOARPG that took the world by storm when it was released worldwide on February 11, 2022. Within 24 hours, the game became the second most played on Steam, only behind CS:GO by a small margin.
Lost Ark’s primary focus is on PvE and giving the players freedom to explore the rich game world. There are of course PvP elements as well and the combat is incredibly fun and satisfying, which is one of the many reasons players can’t get enough of the game.
Playable characters are split into classes and subclasses that are customizable and leveled up by completing the main storyline. Once you reach level 50, you can gain access to the tiered endgame dungeons and raids. 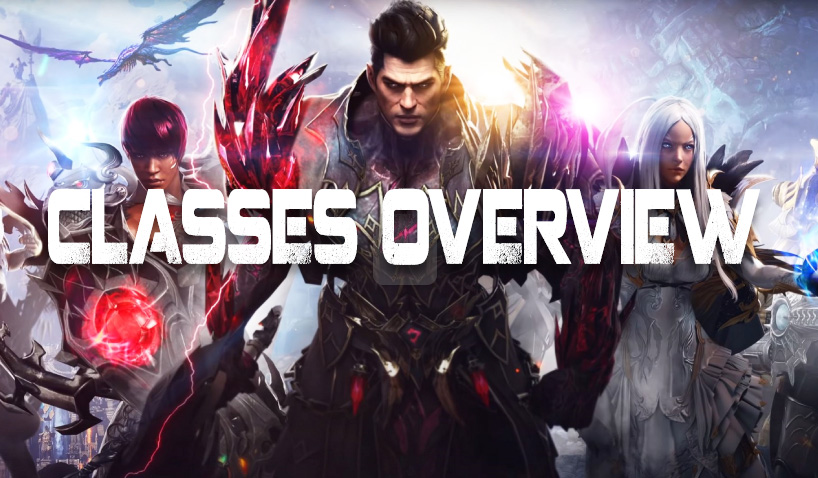 As with almost any MMO, picking a class to start with can be a bit overwhelming. To help you decide, we’re going to give you a brief overview of each class and its playstyle. Keep in mind that some of the classes are gender locked.

You can’t have an MMOARPG without the hard-smashing Warrior class. In Lost Ark, warriors are exactly what you'd expect them to be - they hit like a truck and are durable, but without much mobility. Warriors are all about melee and have 3 subclasses:

Berserkers use a greatsword for a weapon, but for the size of that thing, they have a relatively quick attack speed. They are fairly tanky and can buff the party, as well as themselves for increased damage and movement speed.

The Gunlancer is the true tank between the three warrior subclasses. It can absorb a ton of damage and protect other party members with shielding. They can also taunt and pull enemies towards them but are also quite bad in terms of mobility.

Paladins are primarily a support class. A bit like the Gunlancer, they can shield and buff themselves, as well as the party members. Unlike support classes in most games though, they can still do quite a bit of damage. It’s a very balanced class that can survive on its own.

Martial artists like to use all kinds of fist weapons to damage their enemies. They are very mobile on the battlefield and try to utilize their fast attack speed and overall quickness.

The Striker is all about the fast attacks and aerial combos. He can knock enemies high into the air or launch himself up to deliver devastating attacks from above. The Striker is a great choice if you like quick movement and fast close combat.

The Wardancer is very similar to the Striker, as she relies on her quick skills and high mobility. She also can charge up attacks or store up elemental power to deliver significant burst damage.

The Scrapper once again has a similar playstyle to the Striker and Wardancer, but with one main difference. She relies on two opposing resources that you’ll have to balance in order to use this subclass successfully. Manage them well, so you don't run out of resources at a critical moment.

The Soulfist is a subclass that uses a mixture of melee and ranged attacks. This makes her slightly different in terms of playstyle from the other Martial Artist subclasses. As a Soulfist, you can combine skills to create powerful combos and channel special energy to empower her abilities further in battle.

The Glaivier has a very unique playstyle. She can switch between stances and weapons to give you some pretty powerful buffs. The Glaivier also has plenty of crowd control by throwing around enemies at will.

Gunners are a range class that relies primarily on their guns and bows to take down enemies. Each Gunner subclass specializes in a certain ranged playstyle, so even though all of the characters are ranged, they can play and feel quite different from one another.

The Gunslinger is a very mobile and highly flexible class that can switch quickly between weapons. She has three different gun types and each has a different range, damage, and utility. This makes the Gunslinger prepared for any situation if you know when to pull out the right weapon.

This is the least mobile character of the Gunner subclasses, but don’t worry, the Artillerist makes it up with its great resilience and damage. He’s got some cool skills and a huge gun that deals considerable damage to large piles of enemies.

The Deadeye subclass is very similar to the Gunslinger in terms of playstyle. They both rely on quick switching between three different weapons, which allows them to adapt to any situation. Deadeye is a bit more flashy but takes care of business in a very similar fashion and effectiveness to the Gunslinger.

Sharpshooters excel at damage from a distance and have the most range among all the Gunner subclasses. A Sharpshooter has stealth attacks, knockback skills, and a deadly shot.

Mages are your typical spell-slingers, but in Lost Ark, they only have two subclasses. One will use its magical power to heal, while the other will use its powers to destroy enemies spectacularly.

The Bard is essentially the real support subclass in Lost Ark. They have poor defense and mobility, but they can do a ton of healing, shielding, and buffing to their allies, which makes them an incredibly valuable teammate.
Bards can still deal damage, but their attack power can't compare to the other, more damage-focused classes. This is one of the more difficult characters to play with because they require a good understanding of the game and proper positioning.

If you’re looking for a classic Mage playstyle, you’ll love the Sorceress. She has three different elements that deal good AoE damage, either in a big burst or sustained over time. The Sorceress has one of the most useful skills in the game - the Icy attacks. They will slow down the movement of the enemies, allowing you to line up bigger hits with even more powerful spells.

The Shadowhunter has twin glaives that deal great damage, but she can also transform into powerful demonic forms, gaining higher health and movement speed while the transform is active.

This is a subclass that likes to use a bunch of swords to perform quick combo attacks. True to the Assassin moniker, this subclass works best when positioned behind the enemies.
The Deathblade has a ton of mobility and it’s one of the best characters in terms of getting around the battlefield. But while this subclass is super fun and deadly to play, it takes a while to master. 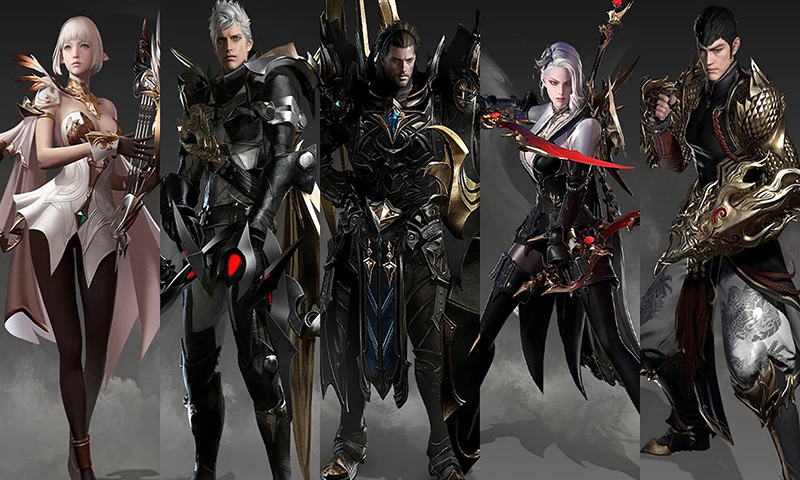 Lost Ark is a wonderful game, so whatever class and subclass you choose, it’s almost guaranteed that you’ll have fun. There is no right or wrong, good or bad class. All of the characters are good in certain situations, so just pick whatever fits your playstyle.
If you’re struggling in the game, or just don’t have the time to grind through it, consider hiring a Lost Ark boosting service. This is the best way to get a professional player to help you achieve your in-game goals effortlessly and save yourself a ton of stress and time.
These services are absolutely safe and allow you to speed up your journey towards the Endgame, allowing you to enjoy the game even more. Boosting will help you:

With boosting, you can either let an expert in the game control your account for a period of time, or you can play the account yourself with proper guidance from the booster. You can join his party, receive training and get invaluable tips.
Either way, boosting can improve your game enjoyment quite a bit.