WoW TBC Flying Mounts – How To Get?

World of Warcraft has captured the hearts of many gamers with its insanely addictive gameplay and enormous, wonderfully detailed areas.
To this day, this is still one of the few games that can captivate you with its amazing scenery and fascinating zones. But to see those great views in Azeroth, and experience WoW to the fullest, you’ll need a flying mount. Especially for some of the high-level content.
In this piece, you’re going to learn how to get a flying mount in TBC, the difference between rare and epic mounts, how to control them, and lots of other useful information. 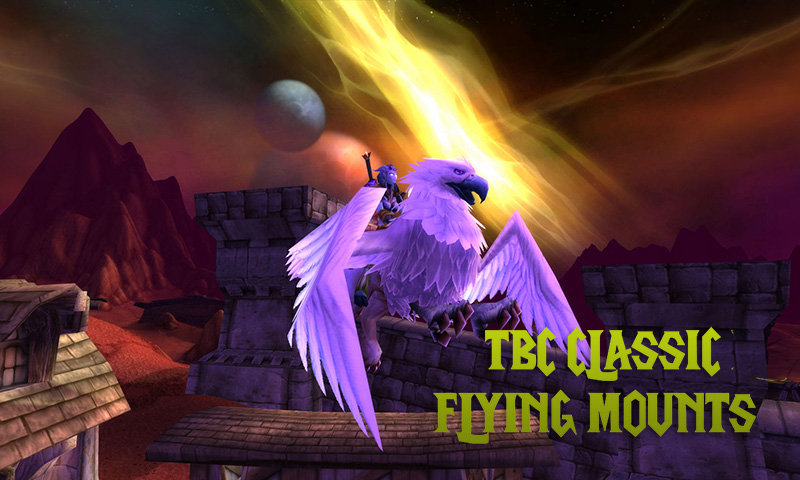 How to Get a Flying Mount in Wow TBC

To get a flying mount in TBC, you’ll need to reach level 70 and acquire the flying skill. So, to experience the fun of flying, first you’ll have to complete the TBC content without going airborne.
You might think that sucks, but Blizzard put those hefty requirements for a reason. This way, players can’t just skip most of the obstacles on their questing by just flying over the difficult areas.
Anyway, after you’ve reached level 70, you’ll need to find a specialized trainer to learn the flying skill, just like the other abilities in the game.
Both trainers for the Alliance and the Horde are in the Shadowmoon Valley.
After training the flying skill, you can now buy flying mounts from the specific NPCs that will be close to the trainer’s location.

There are two types of flying mounts you can get in The Burning Crusade:

Keep in mind that before being able to use the "Swift" mounts, you will need to train an additional level of the riding skill.
Swift mounts are a game changer. They are so fast that you’ll probably never need to take a flight path ever again! Which will definitely save you quite a bit of time.
So while getting an Epic mount can be a bit expensive, the quality of life improvement is totally worth it. That’s why this is one of the best things to prioritize once you hit level 70. 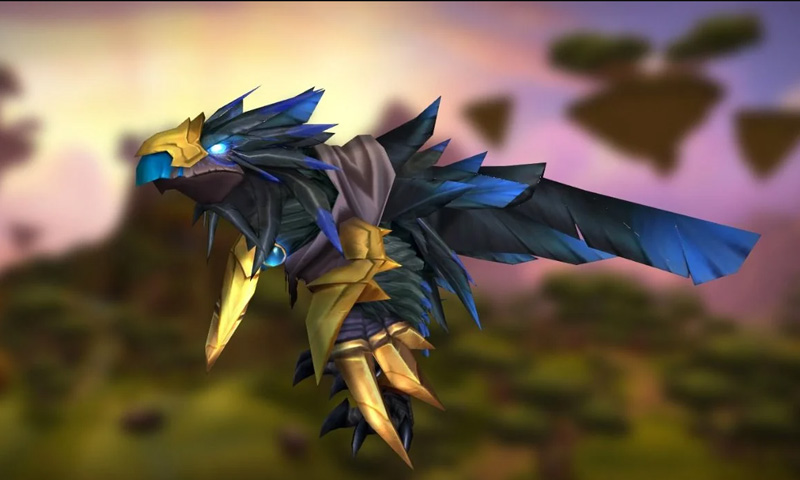 The mounts that you can buy are actually quite cheap. The price of training the skills is where things can get complicated.
For a Rare mount, you’ll need the Expert Riding skill and that will cost 800 gold. The mount itself is another 100 gold.
Epic mounts require the Artisan Riding, and training that skill will cost 5,000 gold. The mount is just 200.
Basically, you’ll have to pardon some of your gold in order to get flying, even though rare or exclusive mounts are obtained for free.

There are basic flying mounts that you can purchase, but there isn’t much difference between them. Alliance players can buy Gryphon mounts, while Horde players can get Windrider mounts.
Rare mounts will have no armor and three skins to choose from. Epic mounts will have armor with four designs.
Things get a lot more interesting when it comes to special mounts. You can get those as PvP rewards, reputation rewards and crafts. But more on those later.

How to Summon a Flying Mount

Just like ground mounts in vanilla, flying mounts in TBC are summoned with the mount item in your inventory. The cast time is around 3 seconds.
Keep in mind that:

Note that flight is only enabled in Outland during TBC, so your flying mount can’t be summoned in Azeroth. 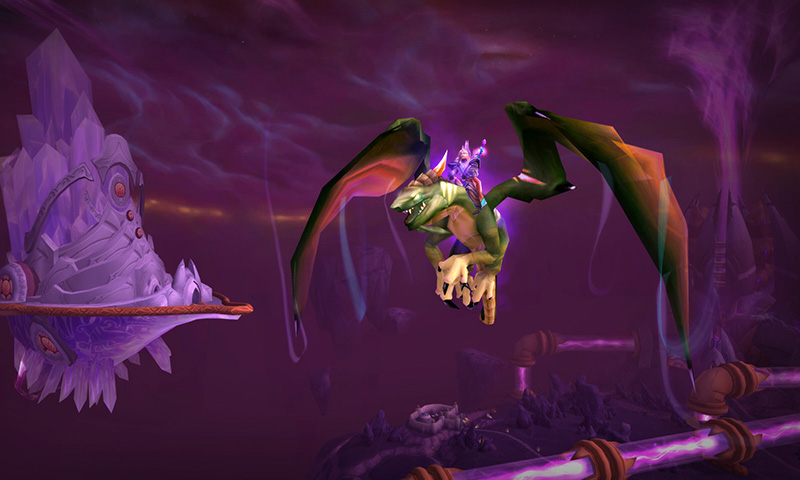 How to Control a Flying Mount

Controlling a flying mount is almost like swimming in aquatic zones:

Do You Need Flying Mounts in WoW TBC?

The short answer is YES!
First of all, Flying mounts are incredibly fun. They allow you to see incredible views, travel much faster, and do all kinds of cool stuff.
But they also let you participate in special quests, dungeons, and raids in Outland’s endgame group PvE content.
These days, owning a flying mount is essential, in order to enjoy the game fully. 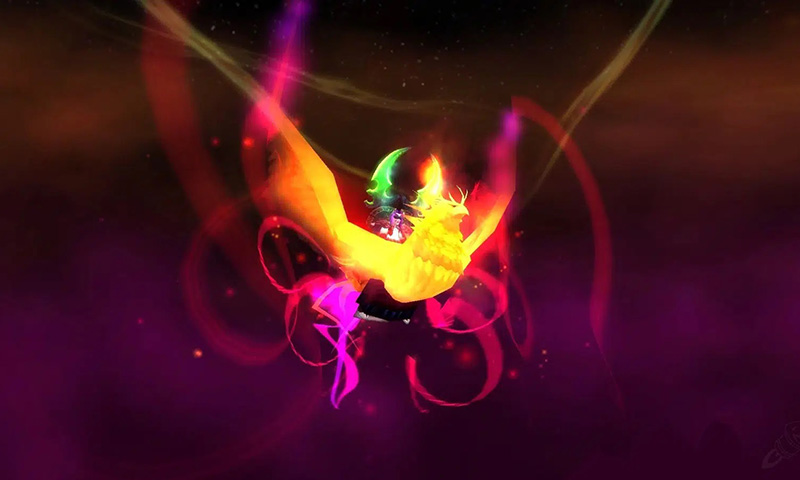 The Coolest Flying Mounts… and How to Get Them!

The basic flying mounts can be purchased at vendors near the trainers after level 70. But there are others, much more special, that can be obtained by players who put in the time and effort required to earn them.
In fact, Blizzard made the default vendor mounts fairly bland looking on purpose. That way, the more prestigious flying mounts can stand out among other players.
Generally, the exclusive flying mounts in TBC fall under three categories:

The only exception to this is an ultra-rare drop called ‘Ashes of Al'ar’ that can only be earned from the Kael'thas Sunstrider in Tempest Keep.
To this day, this is one of the rarest and most desired items in World of Warcraft. And seeing how scarse this mount is, it’s definitely one of the coolest you can have in the game!

There are three factions in Outland that offer unique flying mounts to players who have obtained Exalted reputation:

The mounts obtained as rewards from these factions are Epic quality and feature the same 100% ground speed / 280% airspeed boosts as the basic swift flying mounts.
Cenarion War Hippogryph from the Cenarion Expedition is by far the quickest one to get. You’ll just need to run The Steamvault in both Normal and Heroic mode, and then turn in the Coilfang Armaments item. This will probably take only a few days of dungeon grinding.
The Netherwing Drake and the Nether Ray from the Sha'tari Skyguard on the other hand need a reputation that is earned primarily via daily quests. And they reset only once every 24 hours, so earning these mounts will take a lot more time and patience. 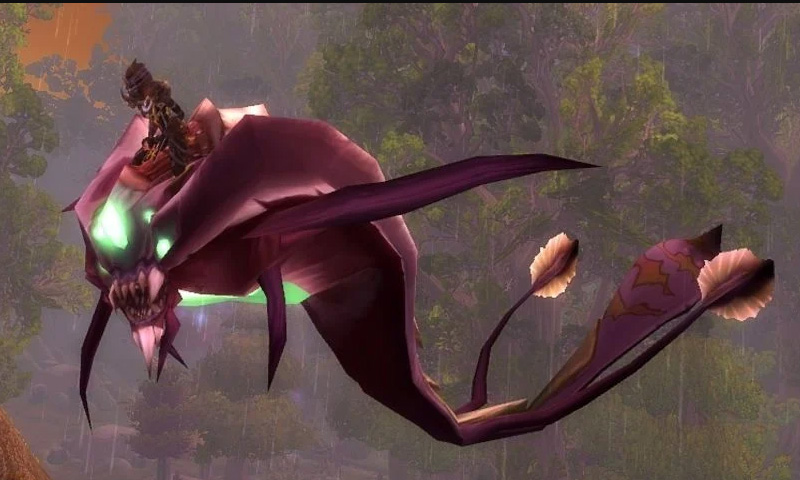 Another way to get exclusive flying mounts in TBC is from the Arena PvP System. Teams that perform at a top-level throughout an Arena season can earn titles like "Challenger" and "Gladiator" based on their overall rankings.
The Gladiator title is the most prestigious one, and it’s earned by placing in the top 0.5% teams in your region.
Players with this title are rewarded with a special Nether Drake flying mount that looks similar to the Netherwing Drake.
This one though has a special plated armor and it’s extra valuable, because its flying speed is 310%, compared to its Epic counterparts that have a 280% speed boost.
Gladiator titles and the respected reward mounts are given at the end of each Arena season.
You’ll need your personal arena rating to be within 100 points of your team’s rating, to be able to qualify for the rewards. Also, you must have participated in at least 20 percent of your team’s games during the season.
Here are the titles and mount rewards for each Arena season:

One of the perks of modern WoW is the ability to create custom BoP mounts that can’t be used by anyone without having the profession trained.
This makes those mounts exclusive and in a way, it adds a unique flavor to each profession. And the mounts themselves tend to stand out quite a bit, thanks to their unique visuals and flair.
TBC was the first expansion to introduce profession-specific mounts, but only Engineers were given this privilege at first. In TBC Classic, Engineers are able to craft two exclusive flying mounts:

These flying mounts have a bit of a cool flavor, like the other Engineering items. For example, the engines on the copters have a chance to fail when the mount is in the air!
If this sounds a bit scary, don’t worry. It’s just for fun and it will not cause any damage to you. The drop in elevation will be only temporary and the engines will restart again.
You can also experience something similar on land, by using the /mountspecial command and have the machine plop down, then it will spring back to life in just a few seconds. 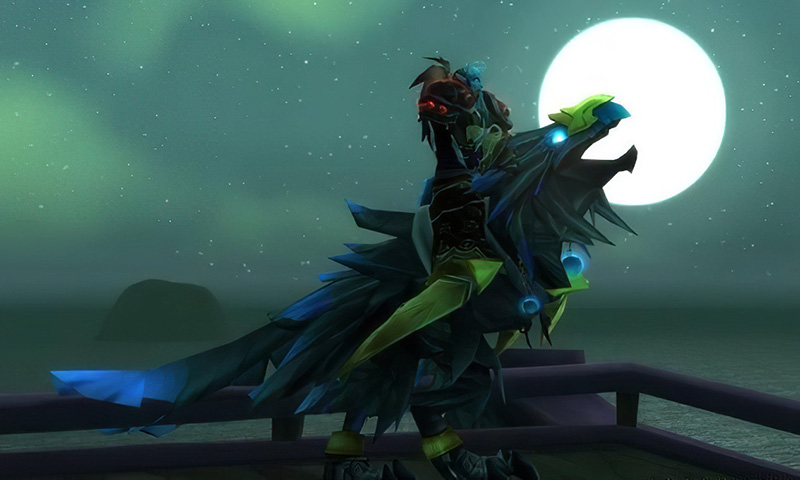 Flying mounts are incredibly fun to play with, and they bring a lot of prestige and respect to the player owning them. That’s because they can be quite hard to get and require a lot of daily hours and a ton of effort.
But not everybody can have the free time or the desire to grind daily. Thankfully, with TBC boosting you don’t need to.
Boosting allows you to play only the fun parts of the game, while a top professional player takes care of the boring stuff for you and helps you with whatever you need. You can get assistance with:

And of course, with boosting you can get some of the coolest flying mounts in the game!
Basically, boosting will save you a ton of time and struggle, and it’ll allow you to enjoy the best parts of WoW TBC.