Apex Legends is still one the best free to play Battle Royal games on the market. It offers one of the best gum mechanics in any FPS game and incredible traversal mechanics that make matches feel fast and entertaining. This game now has a Ranked Game Mode that will reward players who want to be better at it. Here you can learn everything you need to know about the Raked system of Apex Legends.

As with any other competitive first-person shooter, Apex Legends has its ranked seasons, in which players can progress in the ranked system. Here they are called Rank Series and work the same as all other competitive seasons in games similar to Apex Legends. Only during those Rank Series, playing and winning competitive matches will increase their rank on the ladder. And as in every similar game as soon as the season ends your rank will reset. This allows the players to stay competitive and return to the game with every new Rank Series and try to become an Apex Predator again. At the end of each Series, all players that have participated in the Rank Games Playlist will receive a reward based on their current rank to mark their achievement. It is important to know that these Competitive Series will not always align with the Battle Pass Seasons.

How Does the Apex Legends Ranking System Work?

There are seven ranks in Apex Legends. Bronze, Silver, Gold, Platinum, Diamond, Master, and Apex Predator. In each rank from Bronze to Master is composed of four tires. Every rank requires a different amount of points that you need to win in order to reach. Here are the points needed to enter all the ranks.

The Apex Predator is the only rank that has no tiers. In order to get to this rank, you need to be in the top 750 players in the game. All players, who have reached Apex Predator, have to consistently play competitive games in order to remain in this rank. Otherwise, they will drop in the Master rank, again.

How You Can Rank Up?

In order to rank up in Apex Legends, you need to earn Rank Points or RP for short. The number of Rank Points that you have determines where you will be in the raked ladder. You can win RP at the end of each match. But each ranked game that you play will also cost you a certain amount of Rank Points. Depending on the rank that you are in, the cost will be different. Here you can see how much it will cost you to play Ranked games in each rank.

It is up to you to earn back your Ranked Points, that you used to enter the ranked game, and then get more as you progress through the raked match. This is how you climb the rank ladder.

How to Earn Rank Points?

You can earn these Rank Points in a few different ways. You will win points by getting kills throughout every match, but you can only win a maximum of 6 RP - one for each kill. Once you kill 6 platers you will be no longer rewarded for that. That means that players do not have a way to make an incredible amount of Rank Points in one game and progress too quickly throughout the ranks. Another way to win Rank Points is by performing well in the game. The higher you finish at the of the game, the more RP you will win. Here you can see exactly how many Rank Points you can win at the end of each match.

It is important to know that these Rank Points don't stack. For example, if you win a competitive match you will get only 12 RP. The only additional points that you can win are the 5 RP from kills throughout the match. 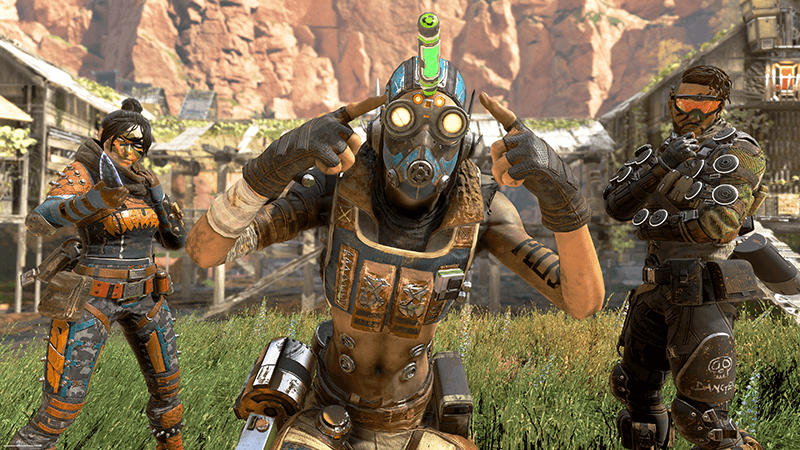 How Does Group Play Work?

One of the most fun ways to play Apex Legends is with friends. However, it does matters what rank are the people that you play with. There is a system that takes the rank of the highest-ranked player in the group, and then puts everyone versus players that have the same rank as this player. The system also takes the same amount of Rank Points from everyone in the party before the start of the game. That is also based, on the highest-ranked player in the team. With all of these things, the game does not allow players to carry their teammates without them helping the team. When it comes to players that are in the higher ranks, they are limited regarding who they can play with. After you reach Platinum, you can form groups with other players that are only one rank below or above you. That way the skill of all players in the competitive game should stay roughly be similar.

How Does The Rank Ladder Work?

Apex Legends Ranking System is made in such a way that does not allow you to be demoted from your current rank. You can only go down the tiers in the rank that you are already in. But you will never be demoted to the lower rank, until the end of the ranked series. That means that you can reach your skill cap in the game and stay in one rank without dropping down from it. That way you can easily take a break from the game without worrying you will lose your rank. And as soon as you return you can start climbing the ladder from where you left. Unless of course, the season ends. 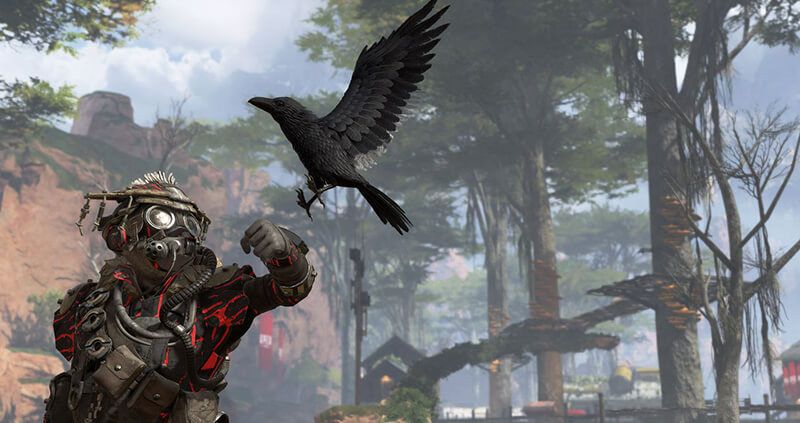 At the end of the Competitive Series, all players will receive a Ranked Badge, based on where they are on the rank ladder. The people who were able to climb up to Apex Predator will get a few more things like weapon charms, and a new skydive trail. The rewards for the players who have reached the last ranks will be slightly different every new Raked Season.

The ranked matches in Apex Legends are a more competitive version of the game. Here the stakes are high, and most players show a higher level of commitment in their matches. As with any other competitive game, in Apex Legends there are penalties, for the players that abandon their teams. If you do so you will receive a matchmaking penalty in both regular and ranked playlist. This will start as a five-minute penalty before you can queue for a match and can grow up to a one-week ban. This is based on the number of games that the player has left. Here is an explanation for what is considered for abandoning a team. If a player leaves the game before the match is over for him, he will receive a penalty. This includes the time when he is alive in the match and the time when he is dead but can be revived or respawn. If a player leaves during the character select screen he will also receive a penalty. 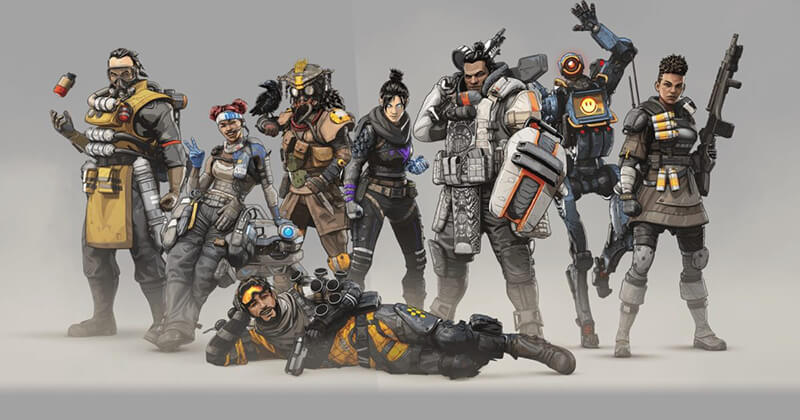 With the addition of the raked system in Apex Legends, the game has a more competitive way to entertain the players who want to improve in it. However, it is not easy to climb up the rakes. In these competitive games, the players are more determined to win and rank up. There is no need for you to struggle on your own and potentially get stuck in a rank. You can save time and effort and check our team here at Boosting Ground. We provide the best Apex Legends Boosting services at an affordable for everyone price. Don't waste your time and get help from our high-quality boosters.