If you ever played the original Destiny, then chances are you got to enjoy the game's first-ever raid, Vault of Glass. The Venus based challenge is considered one of the best in the game, so it was sad to say goodbye to it when Destiny 2 hit the market. Turns out it was never a permanent farewell as the raid has made a grand return in Bungie's sequel. If you're looking to relive those glory days in Destiny or just take on another difficult test of skill, then strap in, because this is probably the raid for you.

To give you a brief explanation of what this mode is, a raid involves you and five other players. There is no matchmaking and the gameplay is a PvE affair with several hard encounters. Enemies will have abilities that can't be found anywhere else in the game, there are no markers for the objectives, so it's a matter of figuring it out for yourself and the raid itself can last hours (you can take a break from it though, at least before the checkpoint expires).

Check out our Vault of Glass Boosting Service

Completing raids requires solid teamwork and communication, and Vault of Glass embodies the brutal toughness of such a mode. For this particular raid, you begin on the surface of the terraformed Venus as you aim to take on the Vex.
At the start of the raid, you and your team will need to split into sets of two and step onto three plates, which will produce a glowing rim that rises. As this happens, a spire rises in tandem and once built up, it will shot a beam to open the vault. Be wary of the enemies spawning to thwart you, particularly the Praetorians that can halt your progress building the spire when they reach the plates. 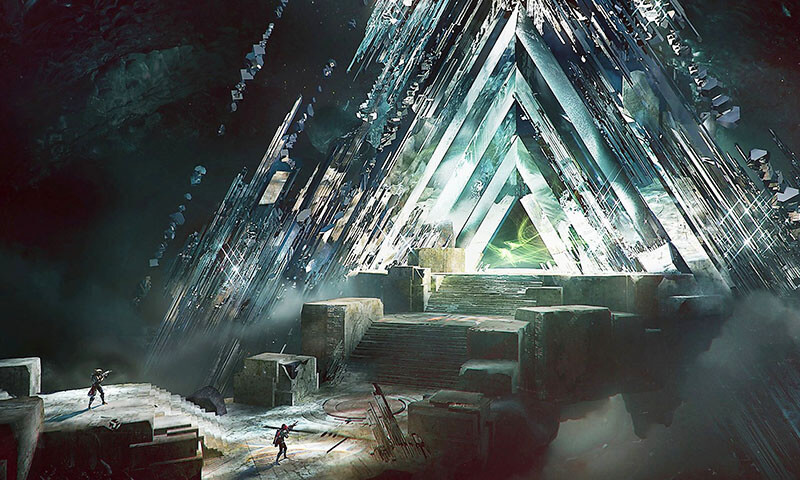 Going Through the Raid – Destiny 2 Vault of Glass Raid

When you go through the interior of the Vault of Glass, your first encounter will be the Confluxes encounter. The idea is simple in that you enter an arena and defend a Conflux from Vex, eventually turning into two Confluxes and then three. While not a complicated task, the difficulty is found in the enemy number and how strong they are. Wyverns are one such enemy you will need to be prepared for. There are even Vex that will leave behind a black substance. If you step in it, you'll receive a depuff that eventually kills you unless cleansed.
The next part is the Oracles encounter and, again, it seems such a straightforward objective. You destroy the spawning waves of Oracles, but there is a catch. You must destroy them in the order they spawned. This will need excellent team communication and placing each member will mean the difference between success and failure. Other enemies like Goblins and Minotaurs will be hanging around to ensure this isn't a breezy mission. 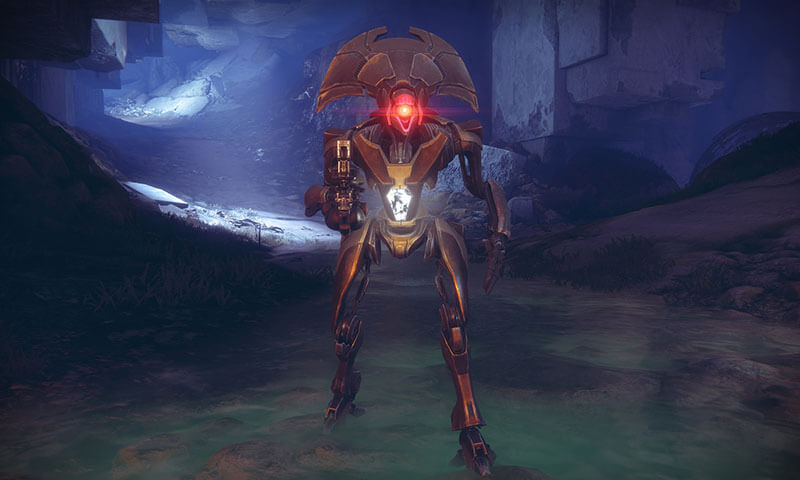 After handling the Oracles, you move on to the Templar boss encounter. To begin the boss, collect a Relic in the middle of the map. This Relic will replace your abilities with a unique shield that can attack, block and use a Super move, which will come in handy. First though, is taking down the Oracles arriving in waves of three. Again, be sure to kill them in the order they spawn.
When the Oracles are out of the way, the player holding the Relic fires its Super at the Templar to remove its shield. Without this, you can lay into the boss, but during this damage phase, a bubble-shaped barrier will envelop a pair of players periodically. Be quick and free them by shooting the barrier and then continue with the assault on the Templar. It won't take long though for the boss to teleport and when it does, the damage phase ends. However, before it teleports, its next location is marked by a glowing ring and a blue beam of light. Have the Relic holder in that spot and the Templar can't teleport, thus extending the damage phase. 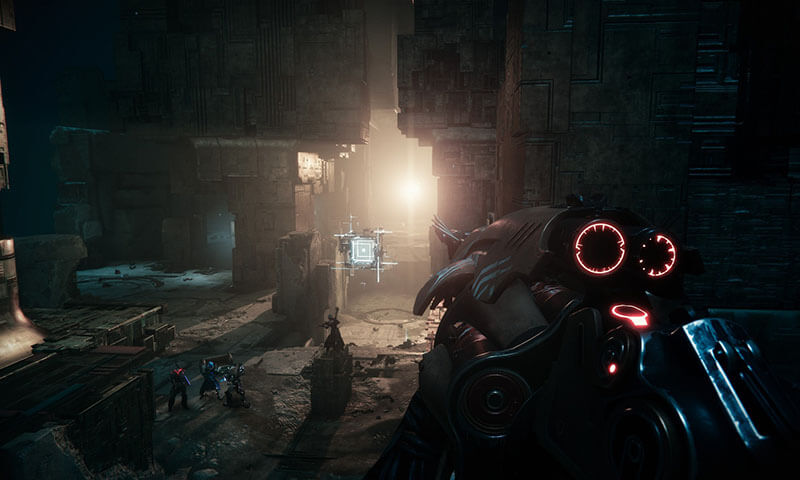 Be careful though, as Minotaurs will pop up for every teleport you block. Not only that, but Oracles will spawn again, so, in essence, you have to strike a balance on how long you want the damage phase to last and how few extra enemies you want on your plate. Tactically, it's best not to block every single teleport, seeing how you can be overwhelmed with foes, so don't go overboard.
When you've beaten the Templar boss, it's time for the Gorgon Labyrinth. It's a maze full of, you guessed it, Gorgons that, once alerted to your presence, will wipe your entire team. This means you're in the peculiar situation of trying not to do anything combat-related. You can, technically, kill a Gorgon, but it's just not worth the hard effort. Your movement will also change how they behave. Jumping will not put them in a good mood, sprinting will attract them, but crouch walking can keep you stealthy enough to get past them and get out of there. 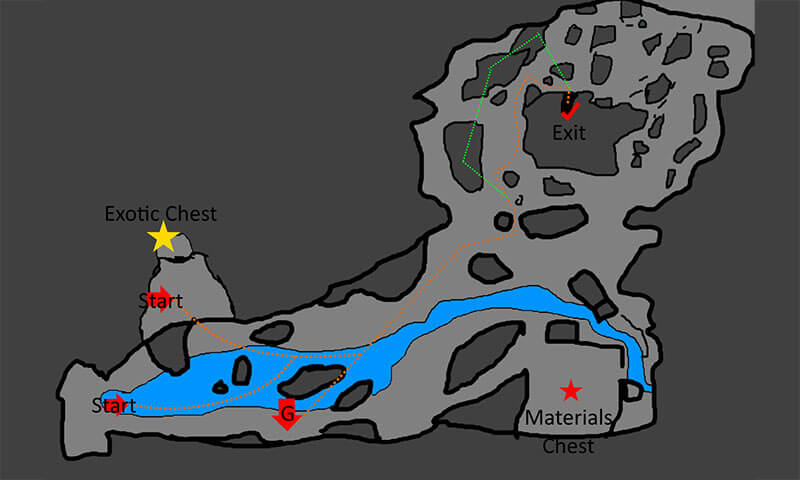 With the Gorgon problem is behind you, there are just two final encounters in the Vault of Glass raid. Your penultimate fight is the Gatekeeper, which involves using two portals found on each side of the arena. They're opened when a player stands one of the two plates. Be sure to take out incoming Vex as the portal will close if they reach the plates. For that to happen though you need to kill the Gatekeeper in the middle of the map and obtain the Relic it drops once dead.

Check out our Destiny 2 Guides

When the portals are accessed, you have a jungle world to the right and a desert area on the left. The players sent into these areas will have Confluxes to defend from Vex. In a short time, one of these players will face a type of Minotaur named a Descendant Praetorian that bears a shield making it immune to damage. This shield can be broken by the person holding the Relic.
The idea is you send a team member in each portal to both defend the Confluxes and call out which one has the Descendant Praetorian, so the Relic holder can destroy it. There's one catch, however, in that the Relic holder gains a debuff through the portal called Teleport Destabilized. This means they can't go through a portal for 45 seconds, forcing the Relic holder to pass it on to the player defending the Conflux and basically switch roles. From there, the new Relic holder goes back to the main map, consequently suffering the same debuff, and passes the Relic on to the person holding the other portal open. 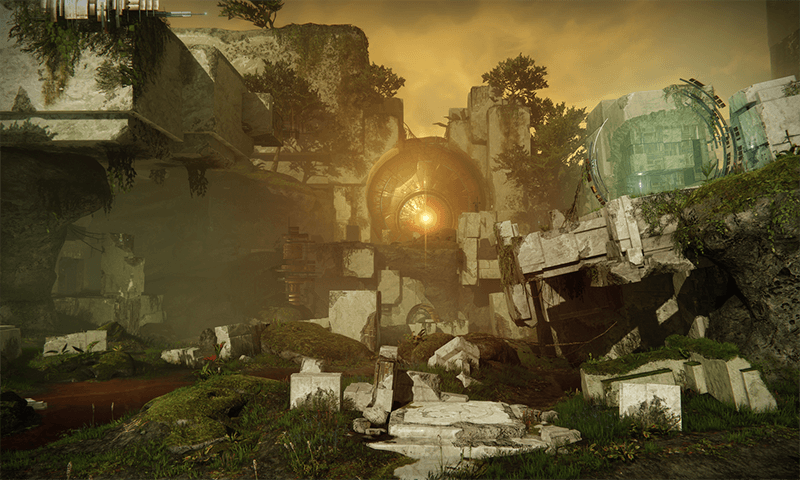 Another job switch ensues and so the third Relic holder goes through the portal to take out the next Descendant Praetorian. On top of all that juggling, the Gatekeeper will respawn from time to time and switch off the portals. Kill it to get the portals back, which can be a job reserved for those with the teleport debuff. Continue this and the relaying of the Relic until a new Conflux appears in the main map and the pair through the portals go away.
Your final task is to defend the new Conflux from waves of Descendant Praetorians and Wyverns. When the waves are finished, so is this encounter. At last, you may face the final boss, Atheon, Time's Conflux. You can start the battle by shooting the cube in the middle of the map. Ironically, it's best to pay less attention to the boss itself at first and more to the spawning Harpies.
At some point during the clearing out of Harpies, three team members will be teleported by Atheon to one of the two portal rooms you just visited, which will require saying which room it is, so the other teammates know which portal to open. When there, however, they can find the Relic again, which will be immediately important as you will lose vision in the portal room. Using the shield button on the Relic will clear everyone's vision. However, that's easy compared to the next step. Oracles are back for more and to tackle them you will need one player to get some distance in the main room and spot the red lights around Atheon. These lights and the order they appear in will determine how the Oracles spawn in the portal room the other players are in. 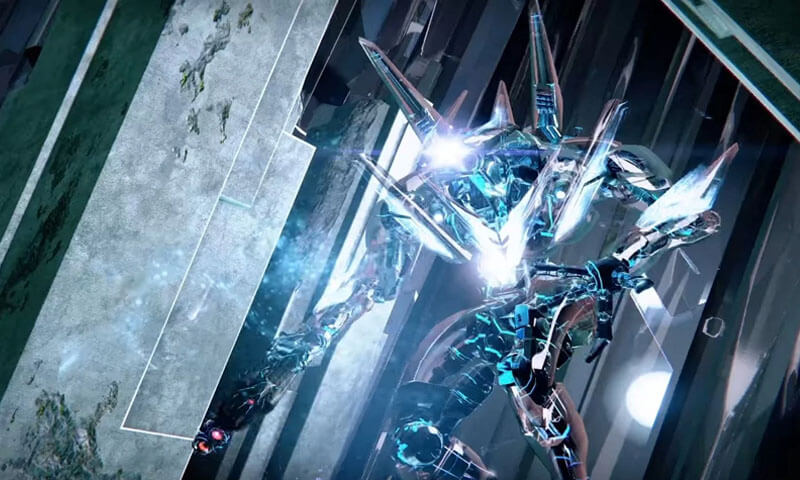 Make sure you get the sequence correct because getting it wrong gets you killed. When you shoot three waves of three Oracles, Atheon's damage phase begins, so the team in the main room should have the right portal open for the other team to join up and start attacking the boss. A couple of things happen during this stage. The first is that players receive the Time's Vengeance buff, which boosts their abilities, making Supers recharge faster and an excellent way to really make Atheon feel the pain.
The second thing is that one random player will receive the Imminent Detention debuff. If that player is near their team (which they likely will be as the map's middle platform is a great way to damage Atheon), any nearby player gets detained. That player should get away quickly (there's a 5-second warning before it activates), so they can be briefly detained and shot free. When the damage phase ends, you just repeat the whole sequence again until Atheon is all but a memory.
With that, the Vault of Glass raid is over and you can use your Spoils of Conquest to purchase Vault of Glass gear. Needless to say, this raid can be a big puzzle. 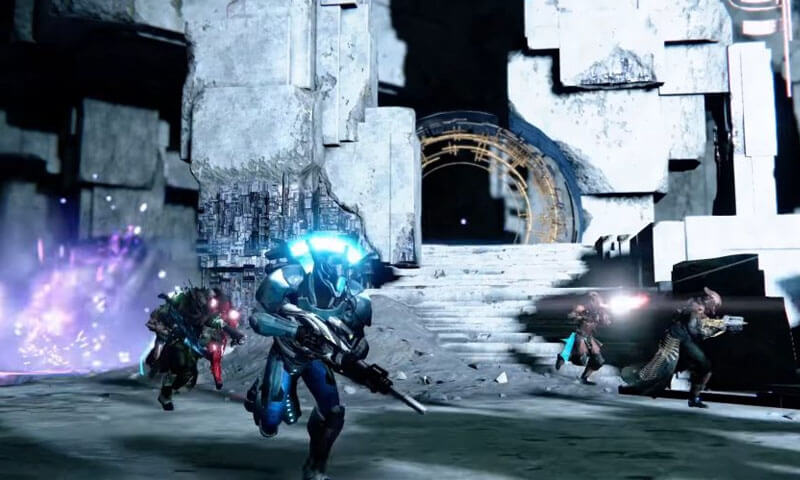 It's not hard to see how Vault of Glass is such a testing trial to overcome. Encounters follow some very specific rhythms that will easily confuse new players and the enemies you fight will make figuring it out a frantic experience. However, there are a few tips to follow that will serve you well. 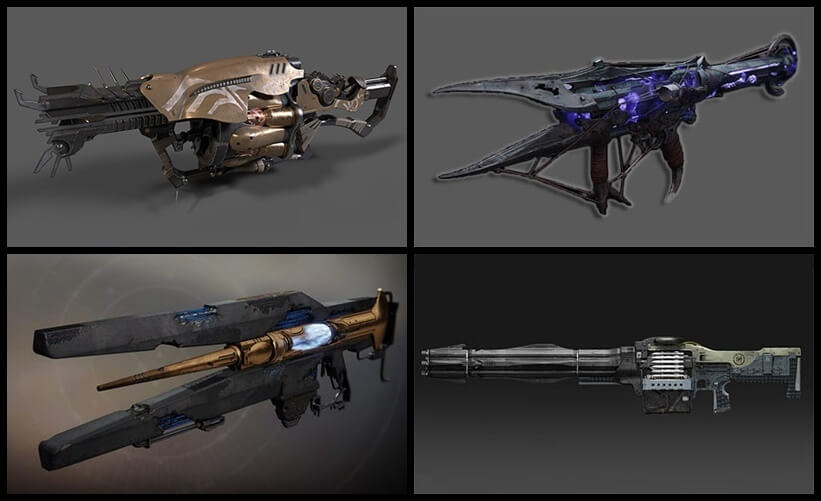 Although any raid in Destiny 2 will require all these tips, it cannot be overstated on how important they are in Vault of Glass. With the right loadout, clear communication and calm thinking, you can end up conquering this raid, but do not expect it to be an effortless time.

It cannot be overstated how tasking it is trying to get through a raid in Destiny 2 and the Vault of Glass raid is simply no exception. Not only is having an experienced, well-prepared team a near necessity, but you yourself will need to handle the high level of play. At times, this can feel impossible and thus frustrating as the prizes on the line are so desirable. If you do encounter such roadblocks, then have a look at our Destiny 2 boosting services, where we can give you the best help in getting you where you want to be.