Valorant is considered one of the best fast passed FPS games that have ever been released. This tactical, objective-based shooter has gathered up quite a amount of follower since its release and its fanbase continues to grow. Valorant is considered a tactical shooter with the addition of different characters called agents that have unique abilities and because of that, every match feels unique. However, in order to keep the game fresh and exciting Riot Games needs to continue with the addition of new agents and constant updates. Yoru is the fourteenth addition to the agent list and it brings a new and interesting playstyle to the game.

Yoru is one of the most fun and thoughtful agents added to the game since its release. He is a fast-paced entry fragger, who requires quick-thinking in order to utilize his abilities to its full potential. He has a similar playstyle as Tracer from Overwatch as you engage your enemies, does as much damage as you can, and then get out. Yoru is a mechanically demanding agent and it will take a lot of practice and many games for most people to get the hang of it. He might not be an agent for everybody, but for the players who master it, he can be a perfect fit with the playstyle that he offers. He has an incredible kit of abilities with a low-skill floor but a high-skill ceiling. His abilities give him a map presence like no other agent in the game and that makes him one of the best agents in its category. 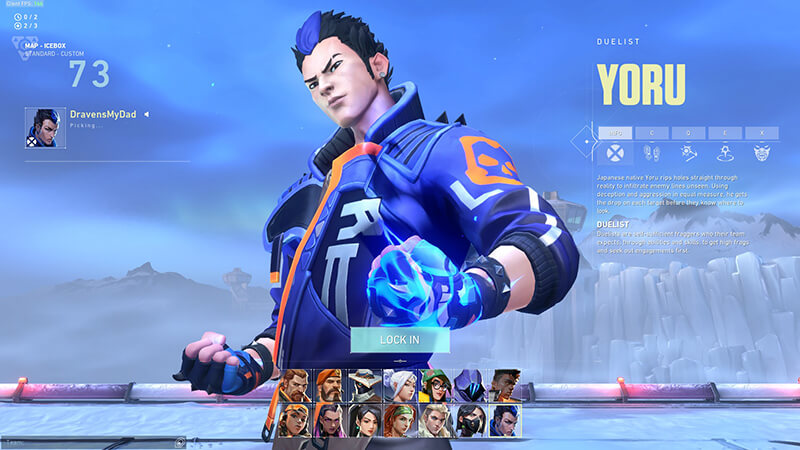 This is probably the most unique ability in the game so far and it allows Yoru to cast an echo that mimics players' footsteps when it is activated. When you left-click it you will send the footsteps in a straight line immediately. But if you right-click it, it will set the footsteps in one place, and you can release them later.

This ability is incredibly good for faking a solo push and confusing the enemy making them think that multiple people are pushing because you can use both charges of this ability at the same time. This will probably force them to look away for a second before you engage them or they will just be scared to look out in the open because they will think that multiple people are there. Valorant is a game that relies heavily on audio when it comes to tracing and finding your enemies around the map an ability like this will mess with your opponent’s heads a lot.

This is Yoru's signature ability and it allows him to fire an orb that moves forward in a straight line or you can also right-click it and set it in one place. You can activate Gate Crash in the next 20 seconds and teleport to the location of the orb.

You can thread this ability through areas that enemies don't usually go through. This ability gives Yoru an extremely useful teleport potential to deep flank around your enemies. It will also allow you to fully rotate to the other side of the map if needed. One of the downsides of the ability is that enemy players can see, hear and destroy the orb. In order to use this ability to its full potential, you need to have good map awareness and timing.

This ability allows Yoru to throws a projectile that bounces of and activates whenever it makes contact with a hard surface. After that, the projectile pops and flashes all players around it for a full second if fully flashed.

This is probably one of the most difficult flashes to avoid but also the least punishing if you manage to turn away in time. A well-thrown flash can fully blind your enemy and prevent them from reacting on time. The fact that this ability needs to come into contact with a hard surface before detonating makes it a bit hard to use. If it uses properly, however, it might leave your enemies no time to react and make them easy prey for your bullets.

This is Yoru's ultimate ability. When activated you become invisible and untargetable for 9 seconds. You also get a small movement speed buff while in this form. This ability has an area around you and if an enemy gets inside it, he can see you but not damage or stun you. You can not use your gun or other abilities while in this form.

This ability is great for scouting out areas and returning information for your team about the location of the enemies. It is also perfect for deep flanking without getting noticed and invading the bomb site. However, exiting the ability has a short animation that prevents you from shooting and if spotted you might be an easy target. It also makes a loud noise that can be easily picked up by the enemy team so use it with caution. 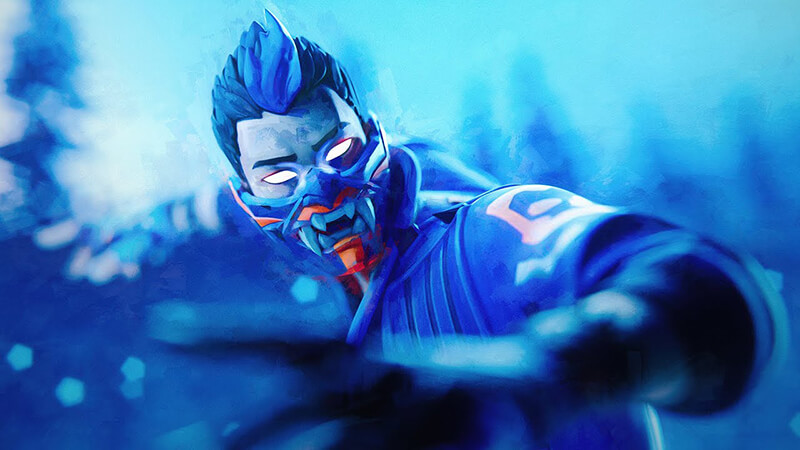 Yoru is the perfect example of a lurking agent with the ability to surprise the other team with his Gate Crash and teleport behind them for a deep flank whenever he needs it. He can also use his Gate Crash in one spot and get himself a fast escape route if his flanking goes wrong. Yoru can use his ultimate and rush one of the bomb sites and reveal the enemy team without being able to take damage and then quickly moving to the other bomb site to cause more problems for his opponents. He can distract the other team with his false footsteps and use his flash that is very difficult to avoid. All of these things make him one of the best agents for deep flanking whenever he is defending. But when he is attacking, he can also sneak behind and quickly kill without even being noticed. Not only that, but he can engage over a corner with his double flashes, and punish players with bad reaction time.

When playing Yoru, you need to be creative and do things that the enemy team won't expect. You should be thinking tactically about how to approach a bomb site in a way that will confuse the other team, and make them do mistakes. Your Blindside ability is a powerful flash, but you need to be careful how you use it. It is good to tell your teammates before using it so that you don't flash them too. It is also important to learn how to throw this in such a way that your enemies have no time to react to it. You also combine your Fakeout with Blindside. For example, use your footsteps and then flash the enemy team around a corner. That way they will have no idea how many people are actually attacking them. Your teleport is your best outplay ability but you need to be careful and thoughtful about how you use it. It is good to pair your teleport with your flash! That way your enemies won’t hear you teleporting. You also need to be careful where you put your teleport orb, because as we said the enemy team can destroy it or capm you near it. A very good combination is when you use your Gate Crash and Dimensional Drift together. You put down an orb, then you use your ultimate to scout the enemy team. After that, you provide your team with the exact location of your enemies and teleport back safely to your orb.

Valorant Agent Yoru is one of the most versatile characters in the game. He has a unique playstyle that allows him to move very fast around the map causing trouble to his opponents on all sides of it. However, Yoru is not an easy agent to play. He requires a lot of time to master and understand how exactly his unique abilities work, in order to take advantage of them.

Yoru is one of the most fun and tactical agents added to Valorant. He is great at flanking enemies, messing with them, and making them think that he is at places at the same time with his teleports and false footsteps. However, he is a skill demanding agent, and in order to perform well with him, you need to have great map awareness and game knowledge. This can be very hard, and there is no need for you to struggle. You can always check Boosting Ground and get help from our team of professional players. We offer a wide variety of professional boosting services provided by our skilled and knowledgeable boosters with our Agent Contract Boosting Service. We also offer rank boosting, leveling, farming, and grinding, and all of this at affordable for everyone's price.