Diablo Immortal is Coming. What To Expect? 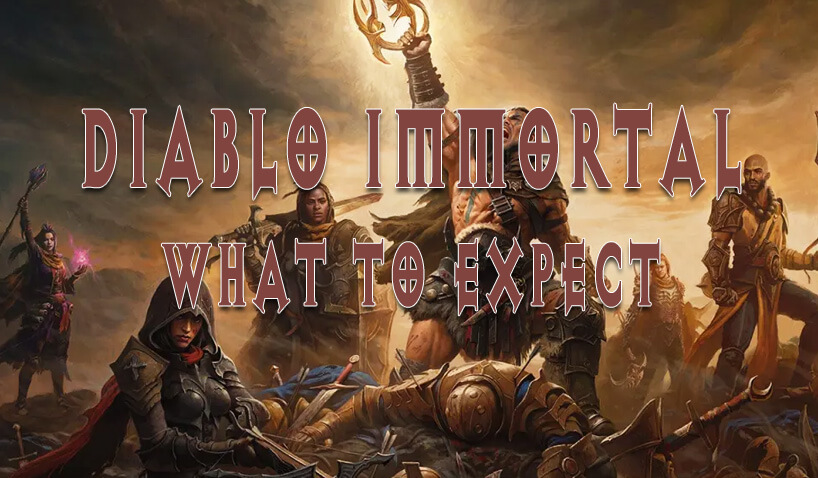 We have some great news; Diablo Immortal is finally coming on 2nd of June. The last Blizzard Diablo game was released in 2012, so we can say that we have definitely waited a long time to get some new, Diablo gaming experience. You will have the chance to play on iOS and Android devices, and of course – on PC. But what to expect?

Diablo Immortal is featuring cross play between mobile devices and PC, which makes is possible to play with friends across platforms. Furthermore, a cross-progression feature is displayed, that makes it easier for the players to switch between personal devices without losing the progress. To take advantage of the cross-progression, Battle.Net account will be used. Why? Because it will keep track of your progress, so the information will be easily transferred between devices.

Diablo Immortal is an MMO-ARPG game, which means that you can play it online, only when there is an internet connection. While experiencing the gameplay of this game, while travelling and exploring the maps, you can meet a lot of other players dealing with monsters and completing quests. You can easily team up with other players, and even make friends.
Furthermore, you can also play Diablo Immortal solo, until you have reached the maximum level – 60. You can climb up the Hell levels, but for the dungeons you will need a team with you. For example, at Hell level 1, 2+ players are required, and at Hell level 2, more than 4.
Multiple amazing zones and dungeons will be featured in Diablo Immortal. However, the game was tailored to mobile users, so the activities are shorter than before. This does not mean that you can not play for hours anymore, you still can, but you will be doing more activities.
While killing monster, more XP will be achieved, which will help you to level up and gear profression. While achieving success in different tasks you will be earning Gold, which is essential for upgrading and purchasing gear at vendors. You can also buy Platinum, which will give you the chance to buy from other players. 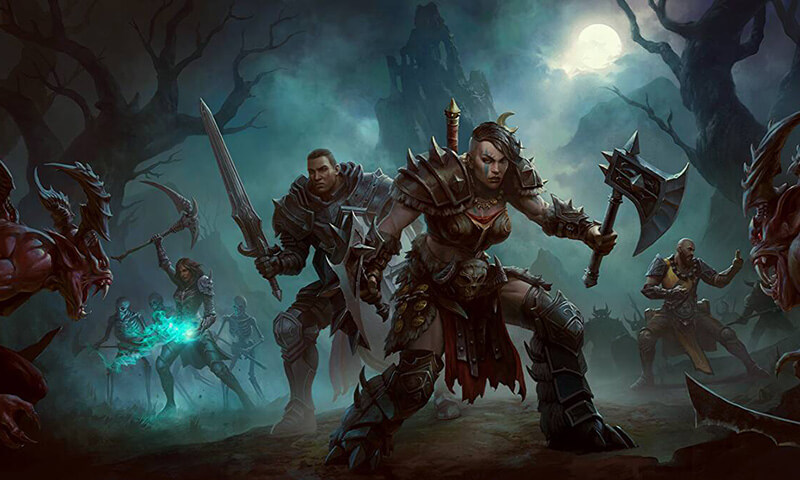 Diablo Immortal is a free to play game, so battle pass will be available. It will offer free rewards to the players, bonuses, and promotions. Furthermore, a premium set of rewards will be available if you have purchased a full pass. The progress you have made during the battle pass by dealing with quests as killing monsters, clearing dungeons and other activities, will be kept.
In the new Diablo game, microtransactions will be offered too. Blizzard promised that the battle pass, and the other paid features will not affect the game experience. People playing without making purchases will have the same opportunities as the ones that do.
However, if you have decided to spend some money, then buying Eternal Orbs is a good idea. What are Eternal Orbs? A premium currency that can be used for buying Specialised Reforge Stones and Crests and Platinum, which will give you the chance to buy more from the market and purchase cosmetics and looks for your hero.

Diablo Immortal features six classes, so as a player you have the opportunity to pick. The courses will be: 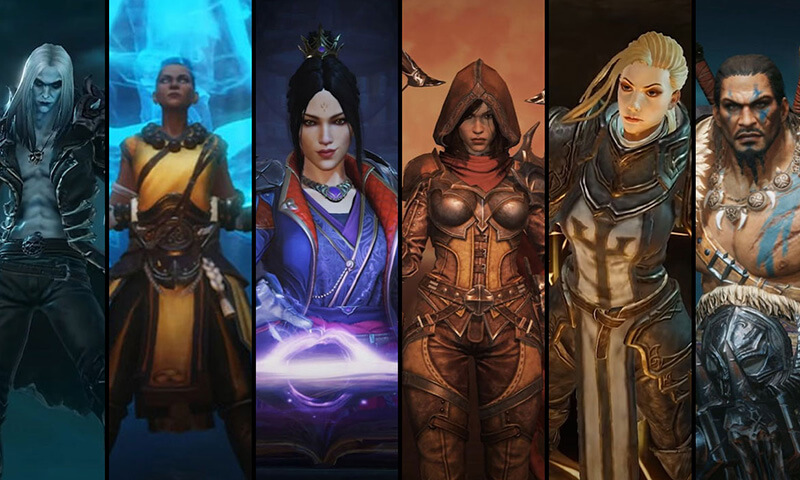 Each of them will offer a great range of skills and abilities that will be unlocked while levelling up. You may believe that you have already seen some of the classes, but they are a lot more different than before. Until now, every class had a pool to draw skills from, however, in Diablo Immortal skills will be using a cooldown system.
We also expect to have the opportunity to chance classes in Westmarch, while having the opportunity to keep all the current progress. This will give the players the amazing chance to adapt to the skills that their squad needs at the moment.

The graphic style of Diablo Immortal will be a mix of Diablo III, and Diablo II. This means that a lot of dark landscapes, 15 century European elements and many other beautiful landscapes will be experienced. Burning Hells will be more beautiful than ever, and every player will have the chance to enjoy that.

Diablo Immortal offers PvP combat (player-vs-player), but only in specific situations. For example, you can not just attack a random player on the road. If you want to fight with a player, you should do it at PvP locations, and PvP modes.
A mode that supports player-vs-player fights is Battleground. It is simple – two teams made up of 8 players are fighting with each other. The second mode that supports PvP is the Cycle of Strife. Two factions are involved – Shadows and Immortals. The Immortals are storing special treasures in Vaults, and the Shadows are trying to break into and get them.
Furthermore, the Shadows can make teams (Dark Houses) that are fighting with each other with one goal – to become the ultimate Dark House, so 30 Shadows are going to be sent against the Immortal. The winning Shadows are becoming Immortals.

What’s the best part about Diablo Immortal? You can always ask for help if you need that! Let’s say there is a quest that you can not deal with, or an enemy you can’t kill? You want more gold, or you need to level up, but it seems like an impossible mission? Don’t worry! Diablo Immortal Boosting services are available for you.
You don’t need to spend more hours trying to achieve something, because the Diablo Immortal Boosting services are here. A professional, experienced player will achieve all you want to achieve for you. It can be done either by logging in your account, or by playing alongside you, if you prefer to keep your details for your use only.
You can’t pre-order the game, because it is free, but you can pre-register to play it at Diablo Immortal’s official website. We wish you good luck, and great gaming!