Valorant has been an electrifying game ever since it’s beta release. The tactical, objective-based shooter has gathered up quite a following throughout its time in the competitive FPS scene. New players may be intrigued about the game but they also might have questions regarding the game. Here is a list of frequently asked questions about Valorant.

How many agents are there?

With the new addition of Skye, there are 13 agents in Valorant. They are broken up into four categories, Duelists, Initiators, Sentinels, and Controllers:

All agents fulfill different roles and give you unique ways to play the game.

How Many Maps are There?

But the overall map structure in Valorant is all about the overuse of boxes and decorations, creating many corners that the players can use to hide and take kills on unsuspecting enemies. 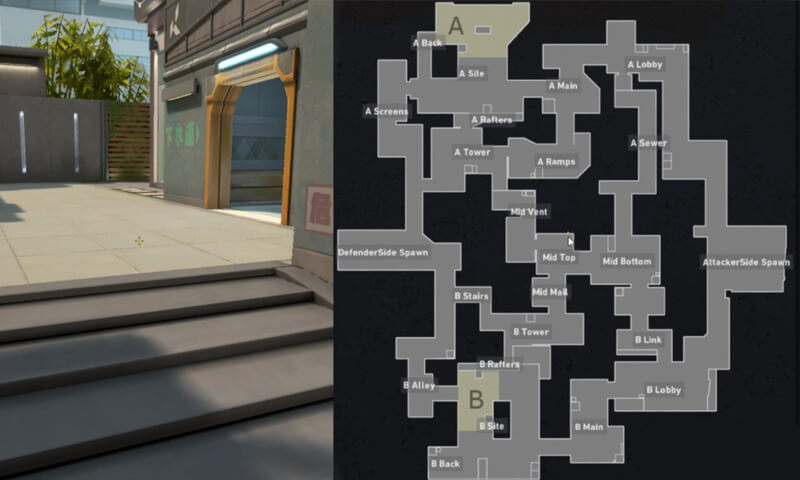 Will Valorant be on Console or Mobile?

While Valorant is intended to be a PC based shooter game intend to compete with titles like Counter-Strike and Overwatch, a console and mobile release could be an option. Riot has already tampered with the likes of mobile gaming in the past. The release of popular MOBA League of Legends and the strategy game Teamfight Tactics on mobile already indicate that they are trying to expand their network of gamers to the likes of other platforms. Nevertheless, the console and mobile market may be a huge breakthrough not only for the world of Valorant but for Riot as a whole. With a whole new market on console and mobile, Riot may be able to find extra prowess in these markets.

How many Competitive Games Should I play for a Rank?

Before players can play competitive games, they should have already played 20 unrated matches. After that players should be able to unlock the competitive mode. After playing 5 competitive placement games, they will receive a rank corresponding to their skill and performance.

How does the Valorant rating system work?

Valorant is based on an Elo rating system. You have 8 ranks in the game, Iron, Bronze, Silver, Gold, Platinium, Diamond, Immortal and Radiant. All ranks in the game have three levels within them, except for Radiant. At the end of every match, you win Rating Points. With each 100 Rating Points, you will move up a tier, however, if you lose whole you have 0 Rating Points you will move back a tier. Your performance in a game is especially important when it comes to earning the most Rating Points. Here you can see the values for the rating that you can gain or lose:

When you reach the last rank, Radiant you have the chance to be in the top 500 leaderboards. In order to get there, you need to play 50 ranked games. From there you need to do at least one game a week if you want to remain on the ladder. 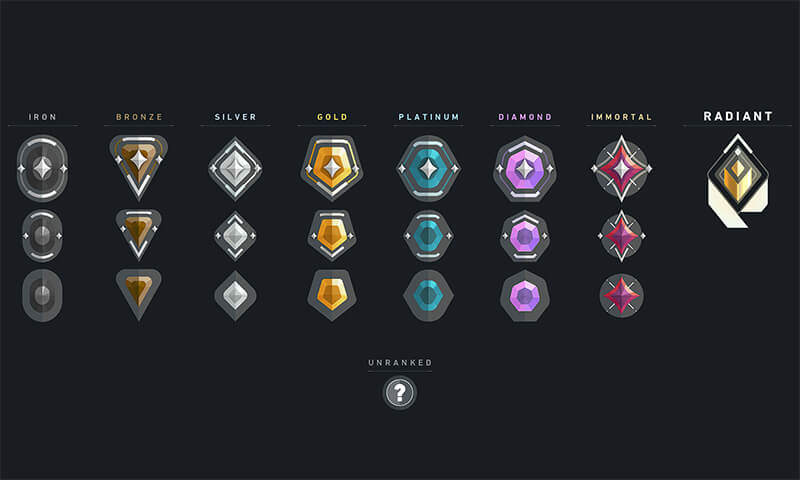 Depending on the current rank and your performance relative to players in that rank, you’ll also receive certain matchmaking rank gains. For example, if you’re a lower rank and are doing well against higher-ranked opponents, you would receive more elo than the opposite. While your MMR isn’t directly shown, it can be implied depending on your rank and the ranks relative to you. A good indication of your MMR should be the ranks and skill of your opponents. The higher rank your opponents are the higher your elo is.

How many players are Radiant?

Radiant is the highest rank attainable in Valorant. While there isn’t a definitive number of Radiant players, there should be around 20-150 players per region that are Radiant. This is around 0.3% of the player population in Valorant. But don’t be discouraged by that. Keep improving your skills and sooner or later you will be there too!

Can Valorant be Played Offline?

Valorant cannot be played offline! You won’t be able to join servers or play with other players without an internet connection. Having an offline option with server-based hosting could induce cheating. Riot has emphasized reducing the amount of cheating in their games, having player hosted servers would be an issue for the game as a whole.

How often does Valorant get Updated?

Valorant gets updated regularly in the form of new patches, content, skins, battle pass seasons, and agents. Riot has shown a clear interest in the development of the game with all updates and new content. In addition to the publisher updates, Valorant, it’s a growing game and has a community with huge support from all players. This is very important because Riot will continue to deliver content for the game.

The answer to the Valorant and Counter-Strike argument will depend on the player. Counter-Strike is a tactical shooter that has deep roots and a huge legacy. Valorant is a new game with improved, fantasy styled graphics, and abilities that replace your average frag grenade and flashbang. Each game has its own pros and cons and should be evaluated by each player individually. If you’re looking for the new fresh game on the block with hints of Counter-Strike embellished in it, Valorant is the game to go. If you’re riding the nostalgia train and a more serious game is what you want, Counter-Strike may be the better choice. One game being better than the other is subjective and comes down to personal preference.

Valorant will continue to update and progress as the player base increases. The competitive scene will continue to develop and grow. If you’re hoping to join Valorant through its journey to cement itself as a true competitive shooter, you’re in for a ride. Whether you’re a new player or an experienced veteran, there’s always something to learn and improve at in Valorant.

If you’re interested in more Valorant content visit Boosting Ground’s Valorant Boosting section. It is a place where you can easily improve your rank without going through the hassle of learning the endless amount of utility, angles, maps, and plant spots. Become a Valorant legend and reach the Radiant Rank with just one click of your mouse! Our team of professional players will get you to the top in no time. On our site you can also find, tips guides and boosting services for other games such as Destiny 2, World of Warcraft, Overwatch, Apex Legends and more.